Disputes are undesirable, especially for businesses because commercial disputes occur that greatly affect business performance and corporate finance. In the following article, phapluatdoanhnghiep.vn would like to share with you business forms of commercial dispute resolution. 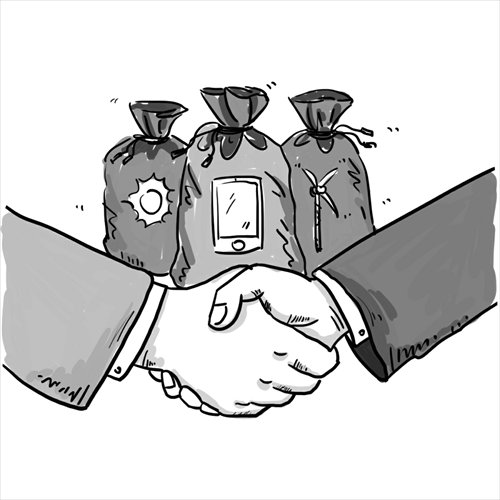 Forms of settlement of commercial disputes prescribed in Article 317 of the 2005 Commercial Law include:
– Negotiate between the parties.
– Reconciliation between the parties selected by an agency, organization or individual agreed upon by the parties to act as an intermediary.
– Settlement at arbitration or court.
Procedures for resolving disputes in commerce at arbitration and courts are conducted according to the procedures of arbitration and court prescribed by law.
Firstly, about negotiation method:
Negotiation: As the method chosen by the parties to the dispute, the negotiation is encouraged to apply to resolve trade disputes in a spirit of respect for the rights of the parties to the agreement.
Negotiation has the following advantages:
– Flexibility through the fact that the law does not stipulate the procedures of the dispute but is negotiated by the parties (directly or indirectly) (one session or many sessions).
– Simple, inexpensive, not bound by legal procedures.
– Prestige as well as business secrets are guaranteed maximum.
– Cooperation between the less affected parties is even enhanced, understanding and cooperation after successful negotiation.
However, resolving disputes by negotiation also has the following disadvantages:
– Successful negotiation depends not entirely on the understanding and willingness to cooperate of the disputing parties.
– The implementation of the negotiation results depends entirely on the voluntariness of the parties obliged to implement.
Second, on the method of mediation:
Mediation is a method of resolving disputes with the participation of a third party acting as a mediator to assist and persuade the parties to seek to eliminate disputes that have arisen.
Mediation has the following advantages:
The conciliation process is conducted quickly, at low cost, and the parties have the right to decide by themselves, choosing any person who mediates as well as the venue for mediation.
Mediation is not restricted by the time and procedures as in the proceedings and mediation does not lead to a confrontation or a win-win situation such as the process of a lawsuit in court, the arbitrator should after the conciliation become the parties can understand each other better and continue to cooperate.
Mediation has advantages over negotiation because the appearance of a third party makes it easier for the parties to respect the results.
Disadvantages of mediation:
Mediation depends on the will of the parties, agreements that are not legally binding such as arbitration and court methods.
Thirdly, the mode of mediation by arbitration:
Commercial arbitration is a method of settling disputes agreed upon by the parties as an independent third party to resolve disputes by arbitration in order to make a valid judgment that must be enforced by the parties.
Commercial arbitration has the following advantages:
– The judgment of the arbitrator is highly binding.
– Settlement by arbitration saves time than resolving in court because the procedure is quicker and more flexible.
– The settlement by arbitration is not restricted in territorial terms.
– Business secrets are highly secure.
However, settling by arbitration often costs high, the implementation of arbitration decisions are not as favorable as the execution of judgments and decisions of courts.
Fourth, resolve commercial disputes in court.
The biggest advantage of resolving commercial disputes through courts is high coercion. If either party fails to comply with the court’s decision, it will be enforced. Besides, the cost of settling in court is also much lower than the cost of settling by commercial arbitration.
However, the settlement of commercial disputes in court also has some disadvantages such as: inflexible procedures, business secrets may be exposed due to the principle of public trial, …
Above is the share of phapluatdoanhnghiep.vn about methods of resolving commercial disputes. We specialize in providing in-depth legal services for businesses, please contact us at hotline 0984624444 or email phapluatdoanhnghiepso1@gmail.com when you need advice, support.